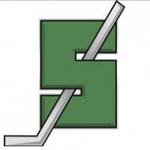 The SCS Saints are Metro Detroit's premier youth hockey organization.  The Saints field boy's teams at the Mite through Midget(U-16) and girl's teams at the U-10 through U-16 age levels.  The Saint's boys teams play in the Little Caesars Amateur Hockey League where most of their teams compete at the Yzerman level.

The Saints proudly call SCS Civic Arena their home rink.  SCS Civic is one of the best year round facilities in the Metro Detroit area since opening in 1970.  In addition to being the home of the Saints, SCS Civic hosts the SCS Little Saints mini-mite program,